Edit this page
Welcome to the...

The Luigi's Mansion encyclopedia that anyone can edit!
Wiki created since August 27, 2010. Thank you for your continued support!
Make sure to read the Guidelines, Manual of Style and Rules before starting.
There are currently 629 articles, 36,983 contributions and 30,018,384 users on the Mansionpedia.

Discover more about Luigi, now the star of his own game series.

Do you dare to know more about our main villain?

Welcome to our your mansion... or hotel?

The Mansionpedia was created on August 27, 2010. We could use your help to grow the community, so buck up your Poltergust and let's capture some ghosts in the Mansionpedia!

Any user can edit our articles, but you'll need to make an account to create new articles, upload images, and much more.

All Luigi's Mansion games are action-adventure video games that mix horror themes in a friendly way for almost all audiences, perfect to play in Halloween season. This is one of the few games in the Mario franchise in which Luigi is the protagonist, rather than Mario.

The mission Paranormal Chaos, or E-5, is the fifth mission of the Treacherous Mansion, and probably the most difficult mission in Luigi's Mansion: Dark Moon. It functions much like the other ghost-infestation missions where Luigi must capture a large amount of ghosts in a certain period of time. But here, instead of a timer, there is a time limit, and soon if the ghosts remain in the mansion for too long and become two powerful to be stopped, the dimension will collapse upon itself, causing a Game Over.

The Pinwheel Gate, or B-2, is the second mission in the Haunted Towers of Luigi's Mansion: Dark Moon. In this mission. Luigi must track down the five Hiders that each stole a vane off of the pinwheel gate, thus ceasing its function and preventing Luigi from getting into the Hollow Tree.

The winners for the Mansionpedia 2021 competition on September 13, marking 20 years of Luigi's Mansion! 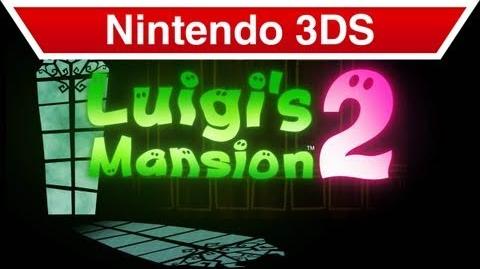 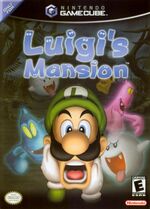 "One day, Luigi receives a letter to his own mansion from a contest he did not enter. This mansion is revealed to be filled to the brim with scary ghosts! Luigi meets up with a scientist named Professor Elvin Gadd, who gives him his latest gadgets to assist Luigi in his ghost hunting adventure, such as the Poltergust 3000 and the Game Boy Horror for communication. Help Luigi bust ghosts through this mansion to defeat King Boo and rescue his brother Mario, who had been trapped within a painting!"

"In Evershade Valley, Professor Elvin Gadd is continuing his latest research, with the help of some friendly ghosts to assist him. But then, King Boo returns, and uses the power of his crown to shatter the Dark Moon, turning all of the ghosts aggressive! Luigi suits up with the professor once more, and his equipped with the upgraded Poltergust 5000 to help bust ghosts, and use the Dual Scream for communication. Help Luigi retrieve the Dark Moon pieces from each of the Possessor ghosts, defeat King Boo once more, rescue Mario and restore peace to Evershade Valley again!"

"On a beautiful, sunny day, Luigi and his friends are invited to a fancy hotel, known as The Last Resort! The owner, Hellen Gravely, gives Luigi and the others are warm welcome to her hotel, and leads them to their hotel rooms. However, at night, all of Luigi's friends are captured, and Hellen Gravely, who is revealed to be a fangirl of King Boo, releases him from his portrait! Luigi barely manages to escape, and manages to find E. Gadd's latest invention, the Poltergust G-00! With some training from Polterpup, Luigi helps free E. Gadd, and he later equips him with the Virtual Boo for communication. With ghosts on the horizon, time to team up with Luigi... and Gooigi!? Scale the floors of The Last Resort, take down hordes of ghosts, free Luigi's friends and take down King Boo once more!"

The Mansionpedia is NOT an official site owned by the company who produces these games, Nintendo.

Check out our Tasks page for more!

If you are interested in becoming an affiliate of the Mansionpedia, please send a message to our active Booreaucrat, Eiralp99.

Community content is available under CC-BY-SA unless otherwise noted.
Advertisement